University of Edinburgh philosophy professor Michael Cholbi, who has a doctorate in philosophy joined Whatcom Community College’s Philosophy Club to discuss the topic of grief during a public Zoom meeting May 6.

“We should adopt an optimistic stance regarding the value of grief, that on the whole it tends to be good for us,” Cholbi said. “We should be welcoming of grief.”

Cholbi was motivated to publish his latest book, “Grief: A Philosophical Guide,” he said because historically, philosophers have not said much about grief.  He thinks philosophy should help people with common problems, like grief, in everyday life. That it provides in particular a “rich opportunity to gain a kind of self and psychoself knowledge.”

Philosophy Club President Gabriel Price liked Cholbi’s book as a topic for the club because it is easy to jump into and people don’t have to know everything about philosophy before they start reading it.

“We were looking for a good book, and this book in particular was one that’s kind of a new topic,” Price said.

According to Cholbi we grieve for those we regard as part of ourselves, in terms of what matters to us. He theorizes the different people we invest our sense of self into, besides obvious ones like parents or spouses, matter because they “have been formative in shaping our tastes” and were “present at important moments in our lives.”

Cholbi also discussed how both religious and secular grieving processes would have similar experiences. He said when someone “we’ve invested our practical identities in” dies they are no longer on the same plane of existence, which would be a loss to anyone, no matter their belief.

Grief is inevitable and Cholbi said any separation, even voluntary, within any relationship can lead to grief, death being the most “profoundly disruptive.” To cope with the grieving experience, Cholbi also said philosophy can help guide us to “react and respond to the realities that are presented to us…not totally in our control.”

Price hopes events like this will give people an opportunity to find a love for philosophy by asking questions and discussing things everyone experiences, like grief.

“It’s important to think critically about why we experience things,” Price said.

The Philosophy Club meets weekly on Tuesdays from 5-6 p.m. over Zoom to discuss various topics, books and writings related to philosophy. The topics change bi-weekly touching on themes such as distributive justice and religion. 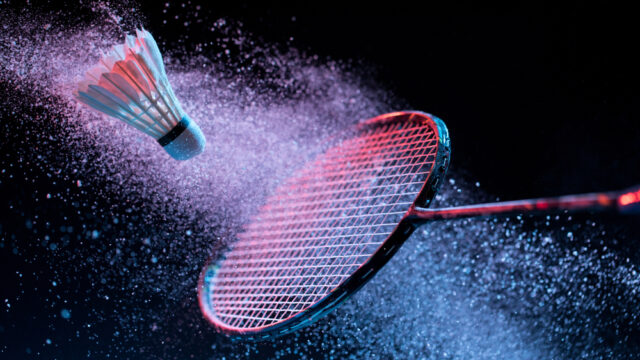 A new club hopes to serve students an opportunity to play a beloved sport.

The group first started off with casual meetups in the student recreation center with a capacity of 10 students. These started informally back in December 2021, during the end of the fall quarter, and began to grow gradually.

Alan Ngeow, Badminton Club president, decided to create the group when he realized that for many of the international students these sessions were a smashing success and they felt right at home.

“I wanted to create a space where people in this campus can share the love for badminton,” Ngeow said.

For the club to form, Alan was required to have more active members participating. It took only two weeks for the club members to promote the weekly matches and spread the word to get active participation. The sessions grew as big as 20 participants, and the journey to becoming a club started.

The Associated Students of Whatcom Community College Badminton Club attended their first club event on April 19, held on campus at the Syre Auditorium, as a Club Fair event. The club gathered 40 signatures of students who were interested.

The badminton session has a capacity of up to 40 students, which then exposed the issue of not having enough sporting equipment. The club’s treasurer worked diligently to request additional funding to cater to the current participation rate and was successful.

After receiving funding, the club announced its next agenda: the Intramural Badminton League, to be hosted in the Student Recreation Center where their badminton sessions are usually held. The competition days are on Monday and Friday for three weeks starting May 16 and ending June 3.

With the announcement out, they hope to have many students sign up for the competition and have promised participation medals and prizes for the winners. The ASWCC Badminton Club is looking forward to the upcoming competition. For further information regarding the competition contact Badminton Club President Alan Ngeow at YNgeow5613@student.whatcom.edu. 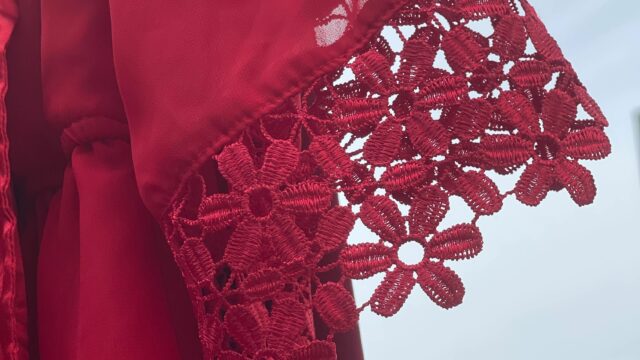 “It’s easy to see Native people as history, but we can be seen outside history, we are here, present.” said the Interim College Equity Officer at WCC, Terri Thayer, an enrolled member of the Northwestern Band of the Shoshone Nation.

Thayer proposed bringing The REDress Project to the Whatcom Museum, following an exhibit at the college in 2019. She intends to arrange the dresses annually and hopes that the project continues to grow.

“Bringing diversity and equity as a community is important,” said Thayer of the partnership with the museum.

Whatcom Museum Marketing and Public Relations Manager Christina Claasen said the partnership is part of an Indigenous initiative . The campaign is meant to shine a light on traditional Salish art and bring the community closer together through understanding.

“The museum has always focused on Salish peoples,” said Claasen, “but in the last five years we’ve had more partnership with native tribes.”

This idea of partnership has encouraged stronger relationship building between the museum and the local tribal communities.

“I feel like people are too afraid to talk about it, or they’re ignorant because no one is talking about it,” said Devin James, a member of the Lummi Nation. “So I love the installation, if the whole world acted like this everything would be different.”

The art installation was displayed in the courtyard of Whatcom Museum’s Lightcatcher building May 5, Murdered and Missing Indigenous People’s Day, through May 15.

There are many places around campus that put student funds to good use, one of them being the Associated Students of Whatcom Community College Student Senate.

ASWCC Student Senate is a group of students at WCC authorized to make choices on student money spending. A treasury is allocated to the Senate yearly from the Services and Activities Fee students pay. Students can come and make funding requests to the ASWCC Student Senate then the senators decide if the budget request is permissible and if they should allocate funds.

Currently, the ASWCC Student Senate meets on Zoom (biweekly from 3-5 p.m.). Have an idea for a new club or organization? They can help. Students can also bring questions and concerns before the Senate during open floor. Contact your Student Senate at StudentLife@whatcom.edu. 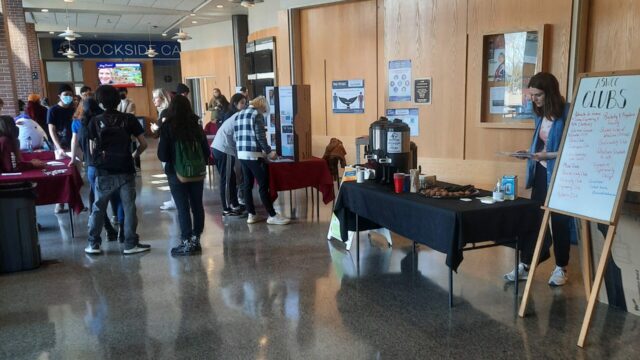 There’s a new club on campus.

One of Whatcom Community College’s newest clubs hopes to create a safe space for neurodivergent students.

Per Harvard Health, neurodiversity describes the idea that people experience and interact with the world around them in many different ways; there is no one “right” way of thinking, learning, and behaving, and differences are not viewed as deficits.

“Destigmatizing and educating students and faculty about normalizing the diversity of the human condition is the goal,” said Associated Students of Whatcom Community College Neurodiversity Club President Cian Maes.

Jax Bayne, another member of the club, says there are over 30 students currently signed up. He joined to connect with other neurodivergent students and help create solutions to common problems.

“There is an immense overlap between neurodivergence, chronic illness, disability, and other medical & health-related conditions,” he added, “especially psychological trauma from early childhood, so there is a need for members of the club to be as trauma-informed as possible.”

Neurodiversity club member and ASWCC President Carlyn Finerty is helping to create this safe space for neurodivergent students to get together, connect, support and advocate for each other.

“I’ve been pretty vocal about the lack of conversation around mental health and neurodiversity,” she said during the Welcome Back event on campus April 14. “Making more room and space for conversations that are sometimes uncomfortable to have.”

Upcoming planned activities include a “Build Your Own Stim Kit” event for Orca Day and neurodiverse dating workshops.

Get the Horizon news in your inbox. Subscribe to our newsletter!